Alyssa is a doctoral student in neuroscience at the University of Rhode Island. Follow them @yes_thattoo or check out their personal blog. 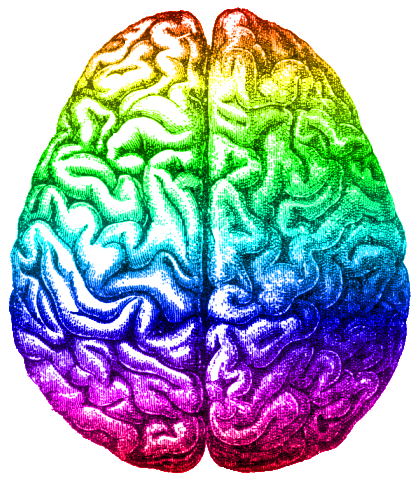 As a new student in neuroscience I’ve been learning about how the nervous system works, including, of course, the brain. Often, neuroscientists learn about how things usually work by looking at people or animals that don’t work that way. Differences are usually studied either in terms of what they teach us about the norm, or in terms of what’s impaired, absent, or just generally wrong. This gets uncomfortable when I have the difference being studied, and it’s not a feeling I want to induce in anyone else. I’m Autistic, for one thing. Aphantasiac, for another. That’s a recently named variation: it’s the inability to form voluntary mental imagery. Essentially, having aphantasia means not having a mind’s eye (so no, I don’t think in pictures like Temple Grandin). Aphantasia was named in 2015, after British researchers published a 2010 case study of a retired architect, MX, who suddenly lost his ability to make mental images and people who never been able to visualize started contacting the authors. We get to see the history of neuroscience in the making here, including the evolution of how we write about a recently named divergence.

I also have experience as a disability studies scholar with a focus on neurodiversity. The neurodiversity paradigm is a way of looking at neurological variations and cognitive styles that does not label any of the variations inherently wrong. Instead, diversity is valued and social factors are recognized in how “normal” functioning gets defined. Space is left for a person to desire to change (or succeed at changing) their own neurology or cognition, and to understand that people with certain variations tend to want those variations. Epilepsy is one most people would rather not have. Personal preferences are mixed about aphantasia. Autistic pride is more common than many might think. Most synesthetes seem to find their mixed senses cool.

Over in the land of neuroscience, studies are full of “impairment” talk and comparisons to “healthy” controls. In the land of disability studies and neurodiversity work, we consider the problems inherent in defining people by what they aren’t, or by what they can’t do. When we only consider what a person can’t do, we tend to think of them as lesser. It’s an issue in special education, where IEPs focus on inability and remediation. It’s an issue in fiction, where disabled characters are often written more like walking or rolling inability, sans personality or motivation. Analyzing representation, especially in young adult speculative fiction, is part of what I do as a disability studies scholar.

Having learned to read depictions of disability and difference critically, I don’t stop doing so just because the material of the day is a study in neuroscience. That’s where things can get tricky. When I read the case study about MX, I still had to notice the way they wrote about his mental functioning. Zeman et. al. definitely talk about abnormal patterns of brain activation and healthy controls, which implies a normal brain that MX is deviating from. At the same time, they focus on how MX does perform tasks we typically associate with mental imagery, rather than on what he doesn’t do. They also describe the ability to create mental images as something most people have, rather than something all people have, avoiding the pitfall of (accidentally) excluding the object of their study from humanity.

I also find myself considering these issues as I write. Do I copy the language of impairment used in the original study as I write up the parts of the research I consider important? Do I talk about cognitive differences instead? Do I stick to saying that a given trait is increased or reduced (compared to what, exactly?) rather than calling this increase or reduction an impairment? Is the question this study addressed even intelligible if I’m thinking through the neurodiversity paradigm?

I don’t know the answers yet. I know it’s exhausting to read through research that says I’m not properly human because of some supposedly fundamental or universal human trait I don’t share. Since I’m Autistic and aphantasiac, I’ve dealt with this. I know it’s similarly frustrating to wade through research meant to help people like myself that focuses on burdens and impairments, then discusses indistinguishability from my peers or loss of diagnosis as the optimal outcome. In fact, I had to drop a research project because of these issues: I care about assistive technology for autistic people, but I can’t read that many typical autism essays and I won’t write any. I tried to find a path through the issues of what I can cope with reading, what I can ethically accept in my writing, and the (non-autistic professional) desire the project was meant to address. I failed, to the tune of daily panic attacks until I bailed on the project.